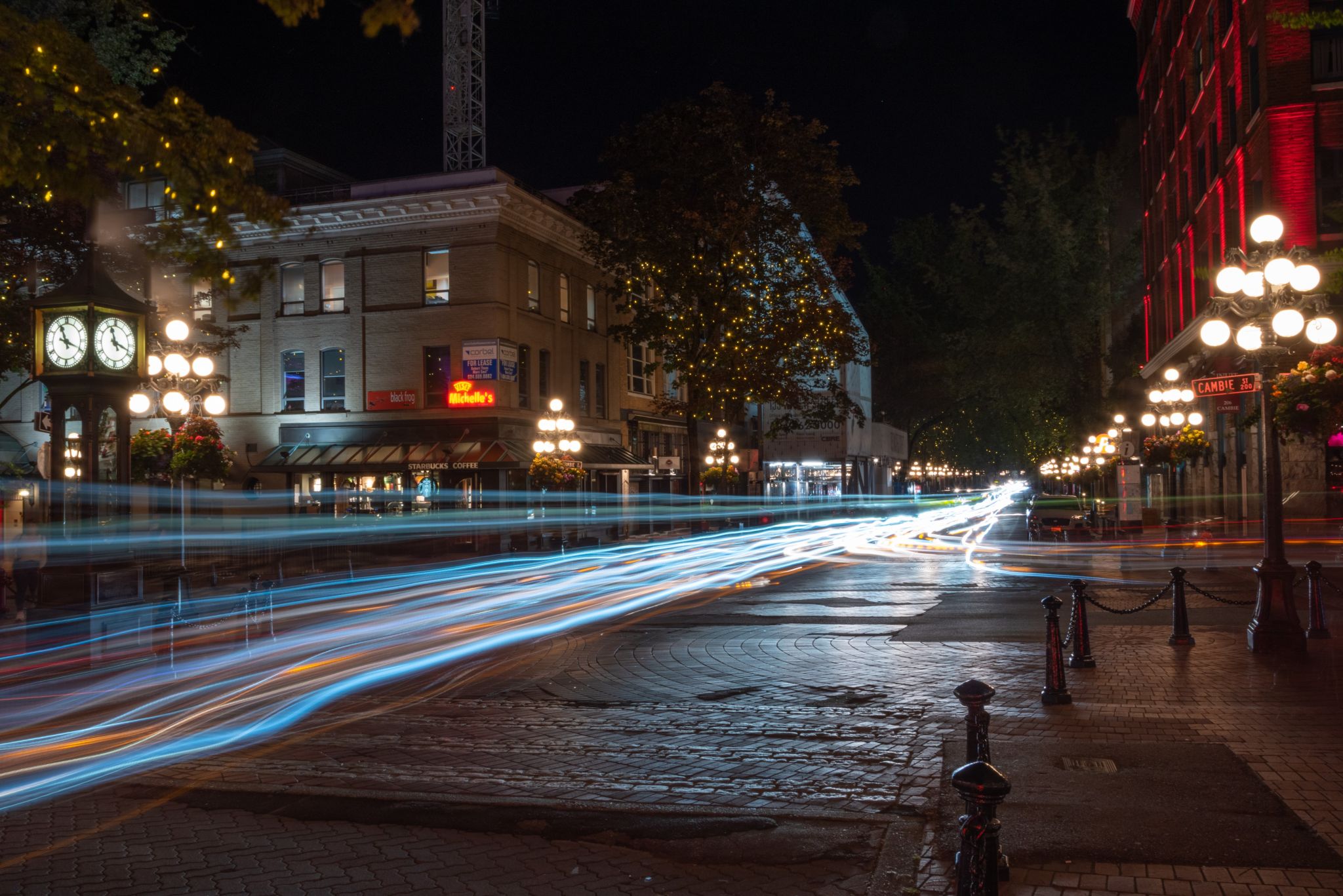 sufian alatrash www.youtube.com/user/s…
0 Like17
This photo is copyrighted by the author.
Thank you for respecting the rights and efforts of our photographers. Please contact the author for further information.

Add photoBookmark
Gastown is the original settlement that became the core of the creation of Vancouver, British Columbia, Canada. Currently, it is a national historic site and a neighbourhood in the northwest end of Downtown Eastside, adjacent to Downtown Vancouver.

Its historical boundaries were the waterfront (now Water Street and the CPR tracks), Columbia Street, Hastings Street, and Cambie Street, which were the borders of the 1870 townsite survey, the proper name and postal address of which was Granville, B.I. ("Burrard Inlet").

Gastown's most famous (though nowhere near oldest) landmark is the steam-powered clock on the corner of Cambie and Water Street. It was built in 1977 to cover a steam grate, part of Vancouver's distributed steam heating system, as a way to harness the steam and to prevent street people from sleeping on the spot in cold weather. Its original design was faulty and it had to be powered by electricity after a breakdown. The steam mechanism was completely restored with the financial support of local businesses as it had become a major tourist attraction, and is promoted as a heritage feature although it is of modern invention.

Walk or park on the nearby streets.
Crowd Factor Lots of people
Best Timing All timings are equally good
Sunrise & Sunset 06:04 - 20:17 | current local time: 19:09
Locations VancouverBritish ColumbiaGastown
Photo Themes car trailsCityhistoricHistoric buildinglandmarkLightsNightnight photographynightscapeOld Town
Please log in or sign up for free to see the exact geo details for this spot on a dynamic map.